About Sports Tour Of Melbourne With MCG Tour

Book Direct with the Owner at Sports Tour Of Melbourne With MCG Tour with Attractions Melbourne in Melbourne, for all your Attraction and travel needs.

Take a small group tour of the sports capital of the world!

Along the way you'll see famous stadiums including the Melbourne Cricket Ground (MCG), Rod Laver Arena and more and learn what makes them some of the worlds greatest sporting venues.

You'll then get the unique opportunity to stand on the site of the 1956 Olympic Games where you'll hear about Australia's most inspirational sporting story and its darkest sporting day.

You'll then move onto the Australian Open where you'll see the statues of Australia's greatest tennis players and visit Show Court 3 â€“ used by the likes of Federer, Nadal, Djokovic & more!

The tour finishes up outside the MCG where you'll go behind-the-scenes of the stadium and visit the players changing rooms, go pitchside, visit the coaches box and more!

Itinerary
This is a typical itinerary for this product

Go behind-the-scenes at Australia's largest and most famous stadium - the MCG!

Stand on the site of the 1956 Olympic Games! 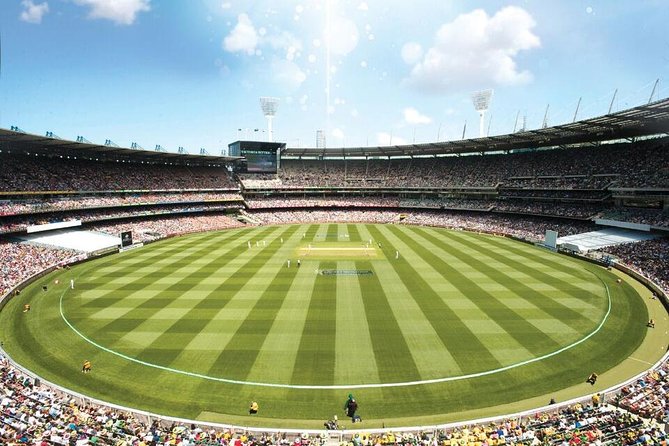 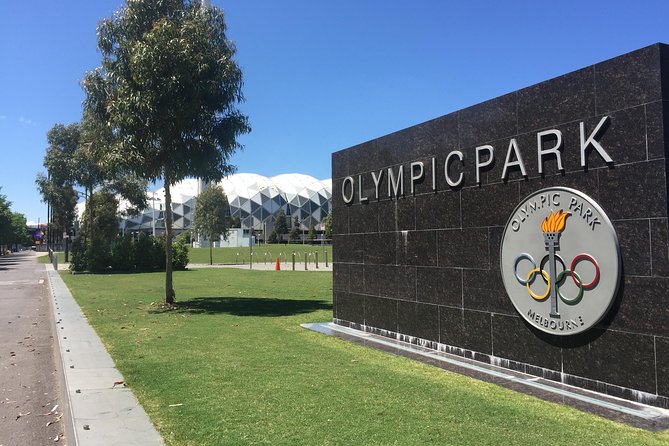 Attractions Melbourne welcomes Sports Tour Of Melbourne With MCG Tour in Melbourne VIC, we offer an experience that takes you on a journey of a life time in Melbourne. For all your attraction and things to do, book your adventure today.

Is Sports Tour Of Melbourne With MCG Tour in Melbourne your property on Attractions Melbourne, please claim your listing and subscribe to update your contact details and receive your phone calls and emails from your clients.